Finally, after years and years of saying I wanted to go to Glastonbury, I got to go last year! The weekend just gone would have been Glastonbury weekend but with it being a fallow year, it had its break this year. With memories popping up from last year, I thought would be nostalgic and write a post about last year.

It was everything I imagined it would be, the site was bigger than I ever thought it would be and there really was something for everyone. My friend and I managed to bag our tickets in about half an hour and were so excited, that finally we’d be going after trying and failing the previous year.

Last year was the year I finished my degree, knowing I had Glastonbury to look forward to at the end, somehow helped me through. I even found out that I was graduating with a 2:1 whilst I was there. It seemed to come around fast and I could not believe after all these years, I was actually going.

The previous year the weather was horrendous but we were pleasantly surprised that the weather forecast looked sunny and dry for the majority of the weekend. After hearing horror stories of people taking over twenty hours to reach the festival site and with security being ramped up this year, we made sure we stocked up on crisps and water for the short journey from Bristol to Glastonbury.

We reached the festival site within an hour, we couldn’t believe our luck and were ready to make the long trek to the festival site. On the Wednesday, the weather was 33 degrees and after a very, very long three hours we reached the site. We were tired and very hot, we decided to camp in Daily Ground (which is one of the first fields) because we weren’t sure we could walk any longer! Luckily, we had friends in the same field, so we had some friendly faces to camp with.

After cooling off and semi freshening up, we decided to climb to the top of the site where the sign was. Much like the Hollywood sign, I’ve always wanted a picture with the Glastonbury sign! Taking in the views of the site, I couldn’t believe how much we had to discover over the next five days! 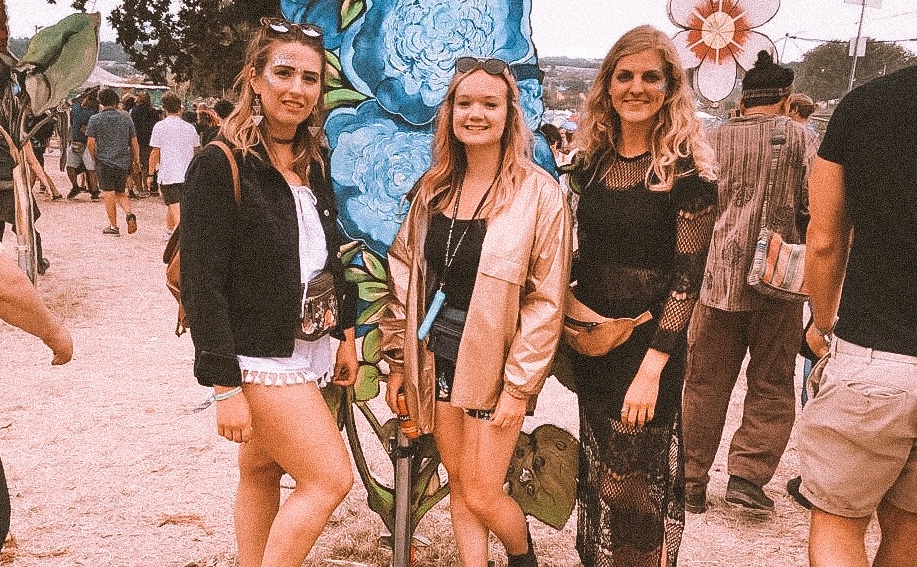 The first day the main stages weren’t open, so we opted for the Propaganda silent disco (if you’re from Bristol and enjoy The Fleece on a Saturday, you know!). It was nice to just have a walk around in the evening, when it had cooled down slightly and take in some of the sites.

On the second day, we again enjoyed exploring the whole site. We even took part in the biggest human peace sign ever, seeing the photos after getting back was a real eye opener – we were there and we were in that photo with over 15,000 other people! We wondered over to the South East Corner, which had the likes of Shangri La, Block 9 and the Unfair Ground. It was an area I’d always heard a lot about, and it didn’t disappoint! The Unfair Ground was a very odd experience and it freaked me out a bit in the dark!

The music started properly on the Friday and the weather was a bit cooler, I saw somany artists over the weekend. My favourite act on the Friday night was Major Lazor, I’d heard very good things about their shows before and it was an amazing experience. Other acts that I enjoyed on the Friday were Blossoms and The xx. We ended our third day at Glastonbury with another silent disco, with mixtures of The Prodigy and Kelis, it was an experience I’ll never forget.

There were a few more acts we wanted to see on the Saturday and a few of my highlights were Craig David (because who doesn’t love the classic Craig tunes!), Liam Gallagher and the Foo Fighters. Arcardia was on the way back to Dairy Ground, we so had decided to watch the Arcardia show on the Saturday evening, a very good show which I’d love to see again.

I can’t believe how quickly the weekend went and I was sad that it was almost over but I was looking forward to seeing Ed Sheeran, as I’d wanted to see him for years. There are always secret sets, we caught wind of The Killers doing one. So, we made our way over to the stage, we were lucky to be let in as it got to overcapacity and they stopped letting people in. I knew a lot more of The Killers songs than I thought, and a highlight had to be hearing Mr Brightside live! Experiencing Ed Sheeran close Glastonbury 2017 was incredible, the atmosphere was amazing and it was the best end I’ve had to a festival. 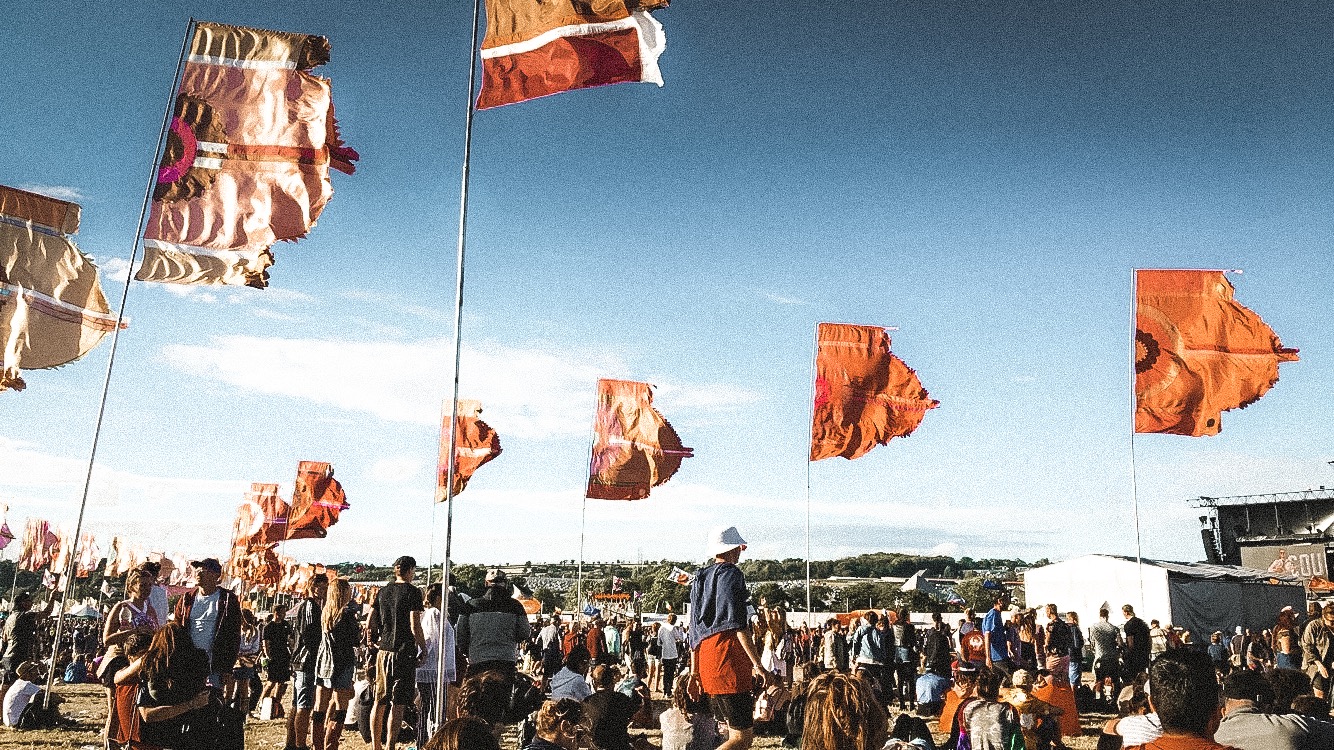 Oh My God.. the food!! It was AMAZING! There was so much choice and every day I had something new. From different toppings on chunky chips, pizza, Yorkshire puddings filled with a roast, pasta, jacket potatoes.. the list goes on! There literally is something for everyone, there were also a lot of vegan stalls meaning there was a wide variety of choice.

There were so many amazing acts over the weekend, I discovered a lot of bands that weekend that I still listen to this day such as Blossoms, Royal Blood and The xx. I’d like to spend more time in the South East corner, however the days were very long and we were all getting very tired and weren’t staying up past 1am most days. So, next year, when it returns and hopefully if I secure a ticket, I’d like to stay up later and watch the sunrise whilst still enjoying the rave!

Glastonbury was an incredible experience and it was everything I thought it would be. The site had something for everyone, if you like acoustic music or dance music, it’s all covered.

‘I just can’t believe we’re at Glastonbury!’ was a phrase we said numerous times over the weekend, not actually believing after all these years we were there. After five of the best days of my life, I was looking forward to going home, washing all the glitter off, using an actual flushing toilet and remembering the memories forever.

Until next time Glastonbury. 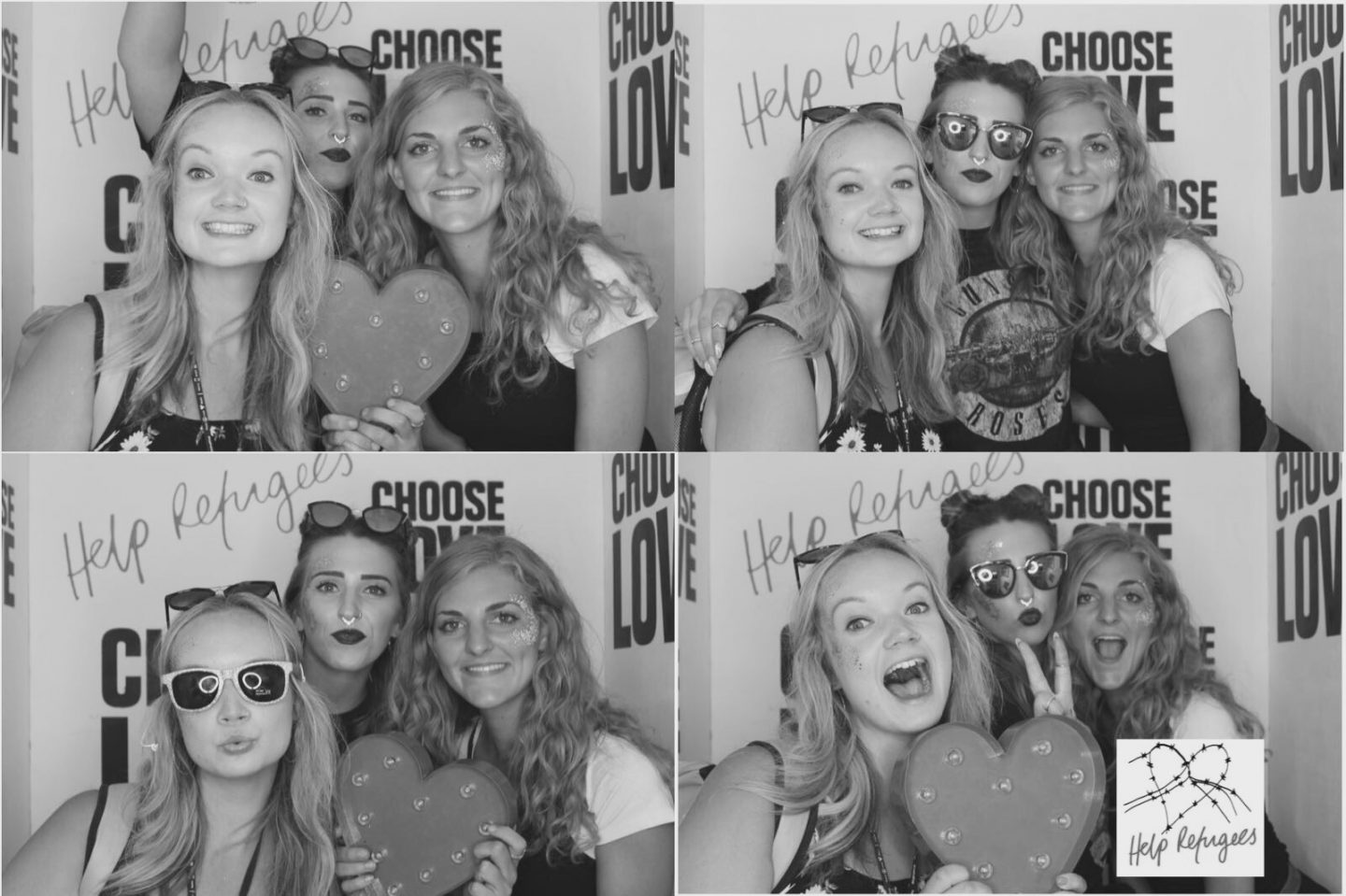