Just last weekend my two friends and I headed to London for the day. We got the Megabus early Saturday morning and returned Saturday evening, giving us almost twelve hours to explore London. Travel only cost us around £13 each, so a bargain if you don’t mind the coach taking slightly longer than a train. We decided to head to London about six weeks before we actually went and had all be looking up some Instagrammable places to head to since we booked.

Floral décor has me hooked, it could be a floral wall, floral arch, you name it and I probably want to go and visit! Dominique Ansel Bakery is right round the corner from Victoria station and our table for lunch wasn’t booked til 12.30pm, meaning we had a few hours to kill beforehand. We decided to head to Dominque’s for a quick iced coffee (and a photo!) before we made our way to the next destination. It did take us around 30 – 45 minutes to be served as they make cakes to order and there were a lot of people in front of us who were ordering or collecting cakes. We weren’t too bothered though as it gave us time to check out some of their amazing cakes whilst waiting in the queue!

Coppa Club came up a few times when looking up some cute restaurants in London. Based near Tower Bridge, we hopped onto the Underground from Victoria and arrived with good time before our booked table. It was recommended to book a table as it gets booked up quickly, however there were quite a few free tables when we were there. So, unless you want one of the fancy pods, chances are, you won’t struggle to get a table. It’s a lot smaller outside than I imagined, but the cute pom poms outside made the décor.

Being the people we are, we’d already looked at the menu 100 times before showing up, all deciding on pizza and a cocktail each. I went for the Portobello, which consisted of mushrooms, parmesan, pesto and mozzarella, it was extremely tasty! And washed it down with a Raspberry & Elderflower Collins. It cost around £20 each, which for London was very reasonably priced, I would definitely go again but would book into one of the pods outside overlooking Tower Bridge.

Stratford is a shopping gals dream. If you’ve read my blog before or scrolled through my Insta feed, you’ll know I love to shop. I’ve been to Stratford once before and wow, I need at least a few days to wonder through each shop. We’re all obsessed with Primark and it was our first stop, very disappointed with Stratford’s Primark. It wasn’t really that big and didn’t have the largest range, I had it in my mind that I needed at least an hour in there and would spend quite a large amount there. But ended up only buying three items and ended up taking two of them back the next day!

One of the main reasons we went to Westfield was to visit the Missguided store. I’m a massive Missguided fan and my wardrobe is full of their clothing, but other than the small selection they have in some department stores, I wanted to see a wide range in person! If I had my own clothing store, it would look like Missguideds. Covered in pink and neon signs, the dressing rooms are what every dressing room should be like. I only made a small purchase in there but it was nice to see the clothing in person before buying.

We wondered through a few other shops but didn’t buy too much, coming from a small town I’m not used to such wide selections, so it is just nice to have a browse without doing some online shopping! 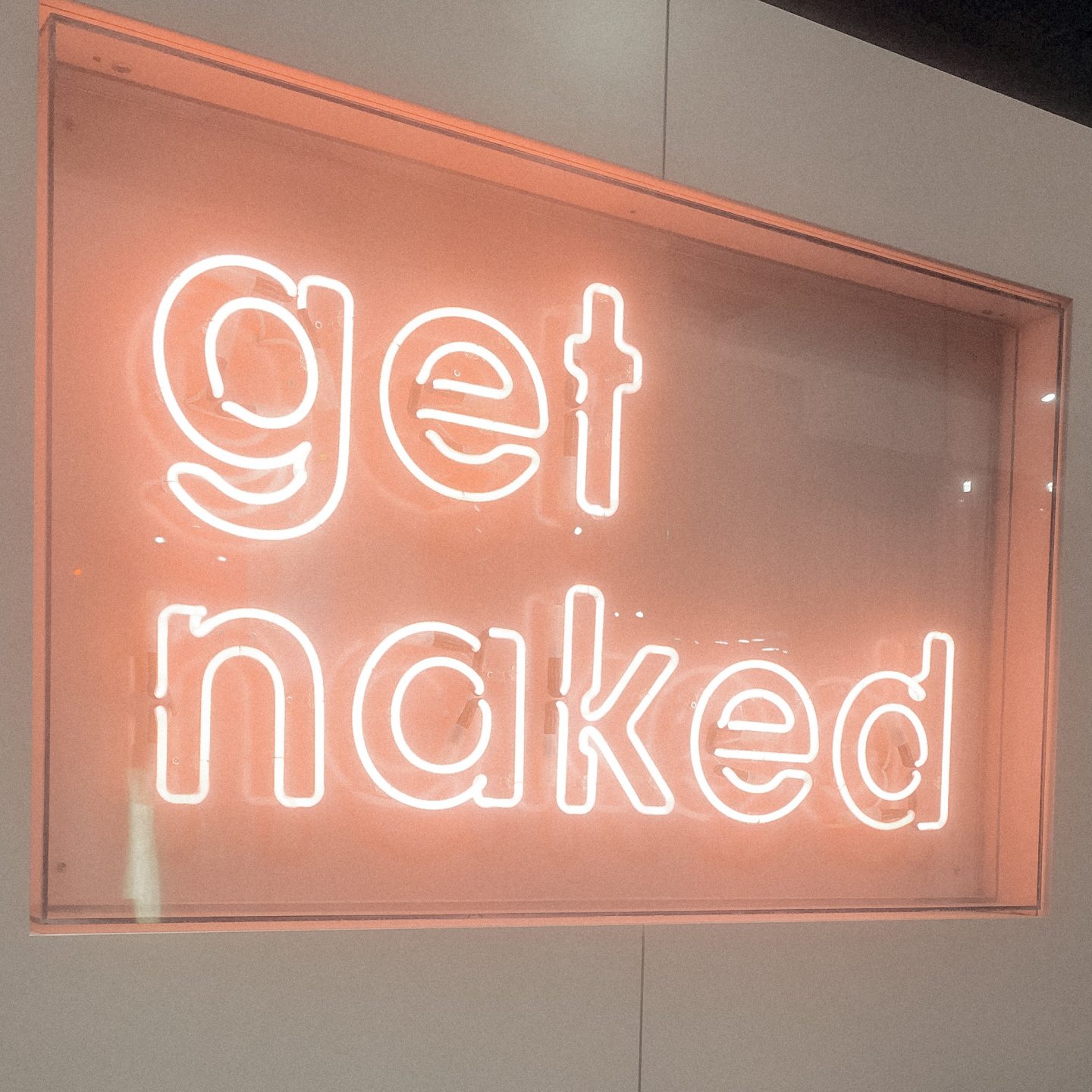 Peggy Porschens. I’ve been dreaming of this place ever since I saw other bloggers posting photos outside. As I said before I am OBSESSED with everything floral and if you’re the same, this place should be on your list. Our coach was at 8.30pm and Peggy’s doesn’t close til 8pm and just around the corner from Victoria, it made the perfect final stop. We only had to wait around 5 minutes before we got a table, speaking to one of the waiters they said they’d had 45 – 60 minute queues all day, so we definitely picked the right time to go.

It is slightly overpriced with a cupcake costing just over £5 and a pink lemonade at £4, however it is a price I’m willing to pay for the beautiful aesthetics. I hate having my photo taken in public (something I’m going to have to get used to if I’m blogging!) but everyone, and I mean everyone who visits has a photo! So, it didn’t feel odd, and it was nice to see!

We crammed a lot into our twelve hours in London, we were lucky that it wasn’t too hot or too cold, so walking round in a t-shirt and jeans was perfect. Being only a few hours from London, I don’t take advantage of it enough. I’ve only been to London once this year, next year I plan on going a lot more. 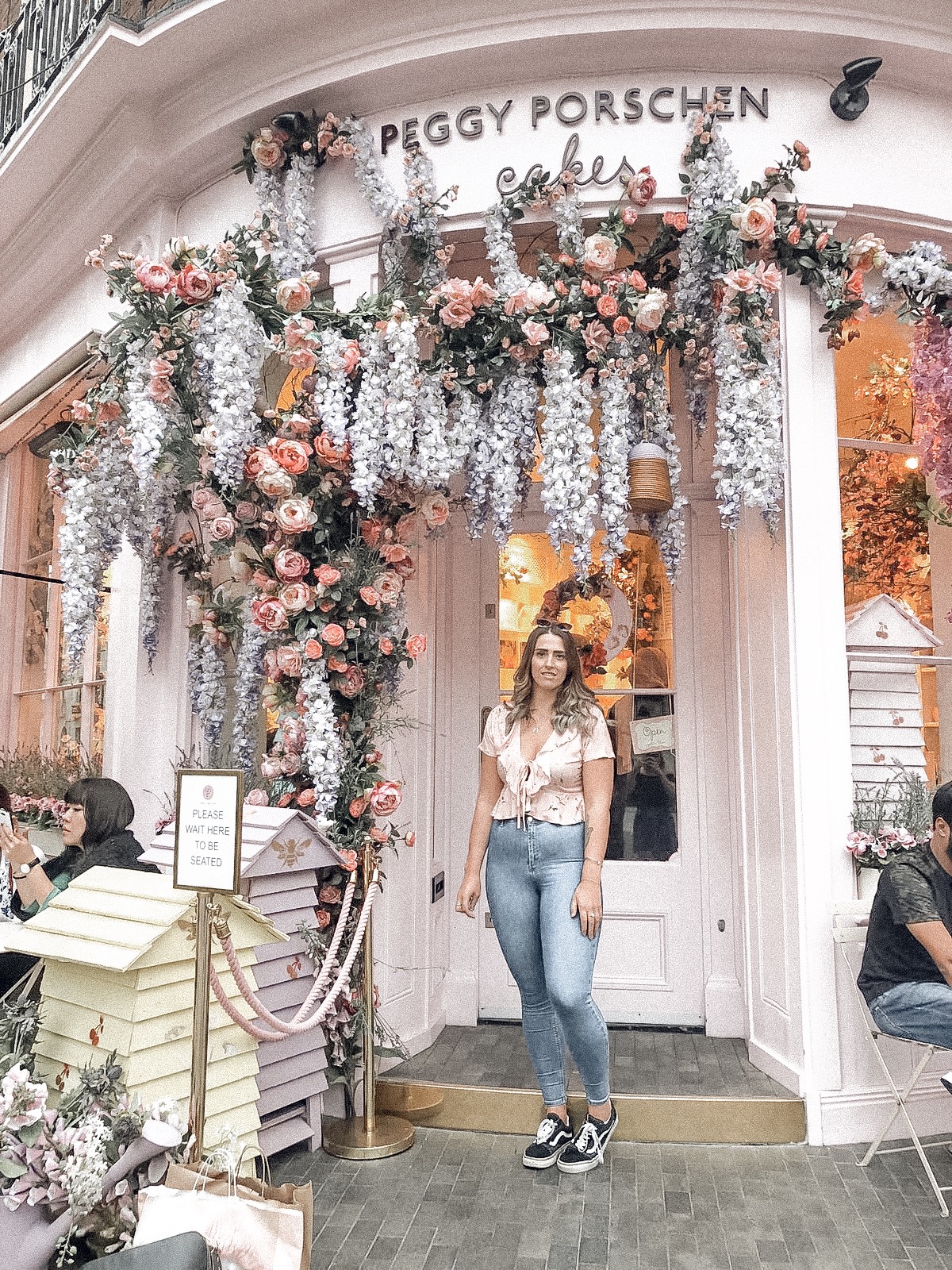