This year within a few weeks I made one of the biggest decisions of my life to have laser eye surgery. I’ve worn glasses as far back as I can remember, firstly only needing them to see the whiteboard in school then wearing them every evening to watch TV, then needing them all the time. I hated wearing glasses despite everyone telling me they suited me, it’s a vanity thing and I feel as though when I wear my glasses my eyes are hidden. I’ve worn contact lenses for the past eight years, but have always had an issue. They’ve never been fully comfortable and I can feel them constantly in my eyes, especially towards the end of the day when the dryness makes me feel even more tired than I already am. As I want to travel the world, having the ability to go on adventures without the need for glasses or contact lenses is something that is really important to me.

I researched having laser eye surgery around four years ago and even had a consultation back then, it was a choice between having the surgery or getting a car, choosing the latter. The surgery is very expensive, with a lot of people not understanding how much it actually is. Even though it’s advertised as from £500 an eye, that isn’t true and is simply a marketing ploy to get you interested! I ended up paying over £4,000 for my operation, which luckily, I can spread over two years, interest free.

When I was researching long and hard into any reviews, I found one blog from someone in the US and would have liked to have read more about the whole progress, rather than the biased views featured on all of the company’s websites. So, I thought I would write this blog, to go into more detail about my whole progress and my results.

I booked my consultation a month in advance due to wanting a Saturday appointment, they gave me plenty of info about what to expect and stating that I can’t wear contact lenses for twenty-four hours prior, which was fine. I did plenty of research beforehand as I knew that I wanted the surgery even before my consultation, and knowing I wanted it this year due to having annual leave to use. I took my mum with me as they say there is so much info to take in that it can be better to have someone with you. I took my letter and turned up around ten minutes before my scheduled appointment, I went in had a few tests before the assistant told me that I’m actually half an hour late, showing him my letter with the correct time on, someone at head office had got the time wrong and told me a different time, meaning that I had to wait around an hour and half as they’d double booked. The admin and reception staff weren’t the most professional, making calls to other stores and not talking professionally in front of visitors.

After being told I was eligible for the most expensive yet advanced treatment and with the cost having gone up in in three years, the optometrist said that there is usually a Facebook deal on. I saw this pop up on my Facebook after looking at the website, and I booked my consultation having seen this offer. The day after my consultation I did further research into how I could claim this offer, I wrote on the Facebook ad asking how to claim, with the customer service advisor telling me that you had to take a code to the consultation, which wasn’t printed in the T’s & C’s on the ad. I then went onto the website to speak to an advisor, unfortunately it was the same one who was commenting on Facebook and was incredibly rude!! The offer was for £300, which for a £4,500 surgery, wasn’t that much. After speaking to head office about, 1) them getting the wrong surgery time and then having to wait an hour and a half to be seen and 2) for the wrong T’s & C’s printed on the ad with the rude customer service I received, they did give me the £300 off with interest free finance over two years rather than the ten months that is advertised on their website. 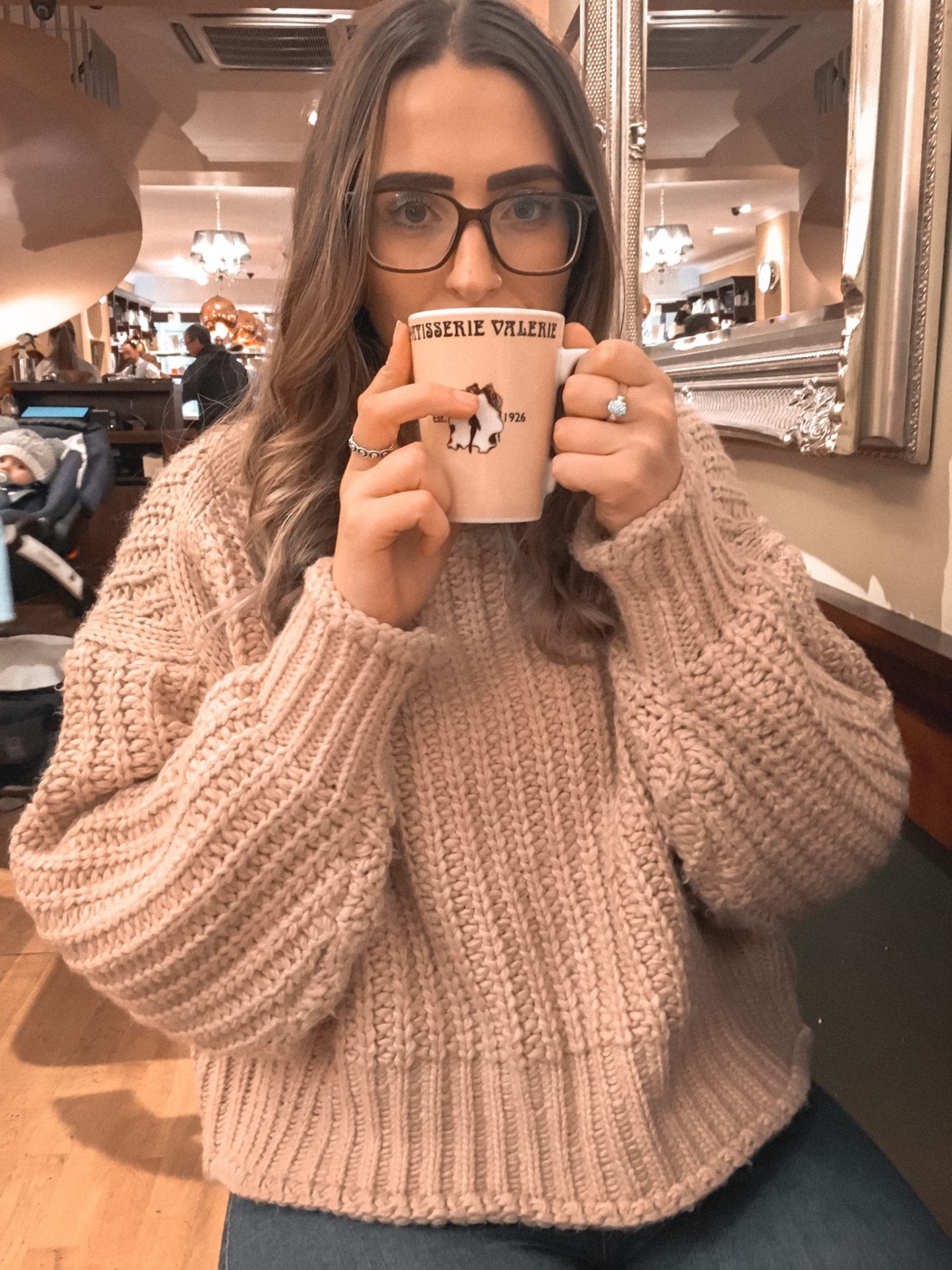 Having been offered this deal and setting my heart on the glasses free life, I took the offer and went ahead to book my surgery. I felt incredibly nervous and anxious before I booked it, having read all the things that could go wrong and getting myself into a financial agreement. After speaking with the customer care advisor, I had chosen a date which was just over two weeks after! I had a lot of info to go through and a call a week prior with the actual surgeon who then told me about all the complications that could happen, I know they have to tell people what could go wrong but it was very daunting!

In preparation, you are unable to wear contact lenses a week beforehand (as they change the shape of your cornea), not to wear make up for at least two days before hand, not use any sprays on the day and to wear something with no loose fibres. I wasn’t nervous about the op until the morning of the surgery, I was just excited to finally be glasses and contact lenses free.

Finally, my surgery day arrived, I woke up feeling incredibly nervous and had to wait the whole day before having my surgery. When I arrived at the clinic I was taken off to do the final tests and get the final measurements, there was a lot of waiting around and in the time I was sat in the waiting area, four people had gone into have their surgery.

I was the final appointment of the day and so my time came! I was taken into a room with the surgeon to sign documents and for one last chat. I was then led into the surgery where two assistants were, I sat down on the bed and my heart started beating very fast, it didn’t feel real until that moment!

If you’re unsure about laser eye surgery, basically there are two parts to it. The first is when they make a small flap in your eye where they go down a layer, which is the layer that is operated on. The second part is the laser part where they correct your prescription.

I laid back and had a soft clamp put in place to keep my eye open whilst they made the flap. You are given anaesthetic eye drops so your eyes are numb, but you can see the whole operation as you’re awake! Just after the flap is made, it goes black for about ten seconds which felt like nothing. I was then moved round to where the laser machine was, I had to focus on a dot which was quite daunting but the laser only took around twenty seconds, it does smell like burning but I knew to expect it. The strangest thing was that when the surgeon had to place the flap back into position, I could see him brushing the layer of my eye back, which makes people wince when I tell them!

Within a few moments, although my vision was blurry, I could see so much better than without my glasses. I was led into a room where I was told which eye drops I had to put in, when they had to be put in, given googles to sleep in, told I couldn’t get my eyes wet for a week or wear make up for a week, all of which I knew before, as I said I did A LOT of research! Within a few minutes, I had left with my mum in tow, as I was warned my vision would be blurry and I could feel uncomfortable for a few hours after, I had to wear sunglasses after as my eyes are sensitive. 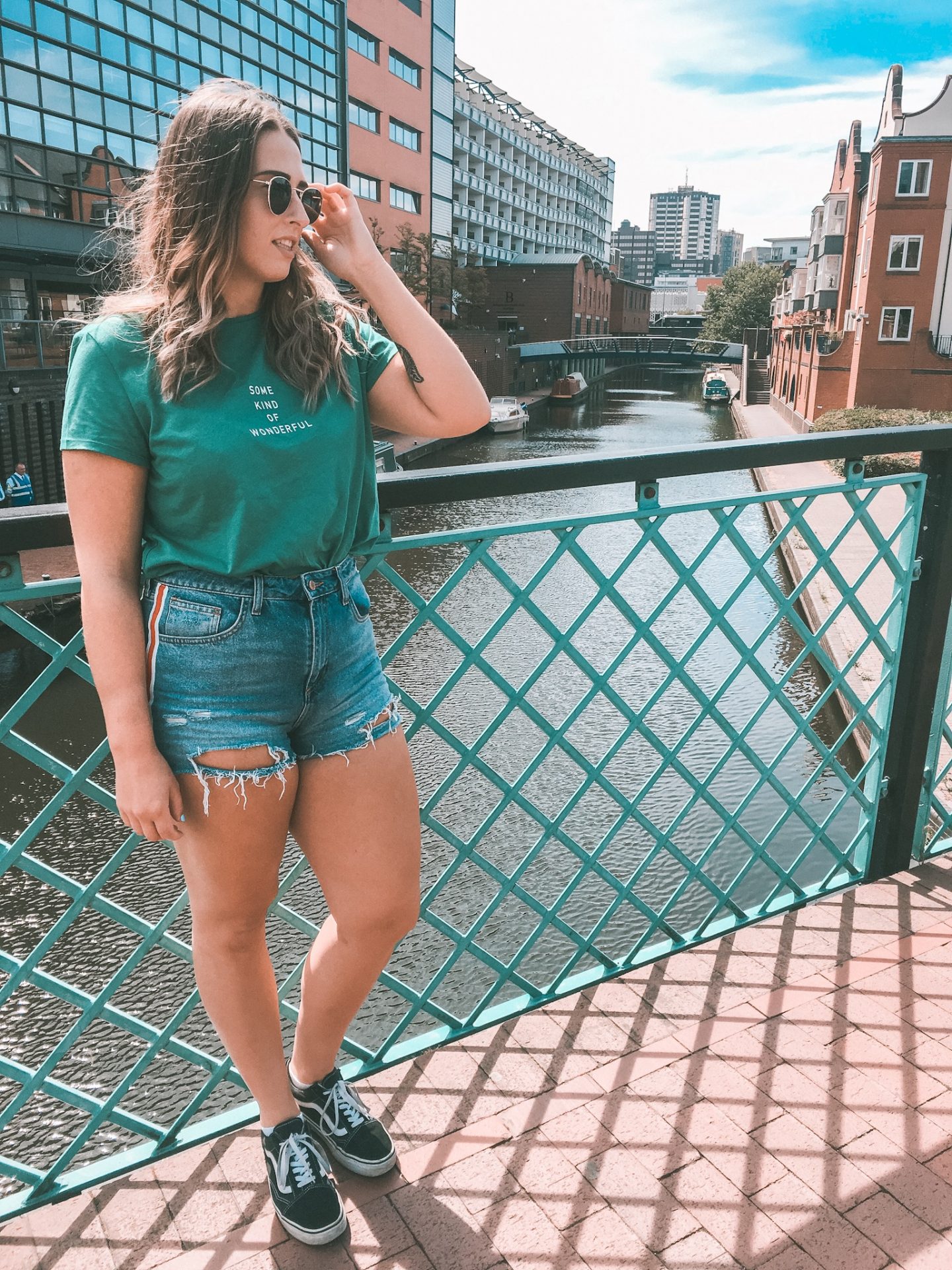 Nothing prepared for me for my journey home, I could barely keep my eyes open and they’d water as soon as I opened them, after what felt like the longest hour drive of my life. I got into bed and slept for a few hours, I woke up a few hours later, and although my vision was still a bit blurry and my eyes were sore, I could see! It felt weird throughout the night waking up and being able to see my bedside table clock clearly.

The next morning, I had my post-op appointment where they checked my eyes were healing well, I was told I had 20% better than 20/20 vision (I didn’t even know this was a thing!) which isn’t usually achieved for at least three days after. I carried on wearing my sunglasses the next day as my eyes were still sensitive, but it was a novelty! After I had my post-op and was signed off, I was able to drive, I did leave it around 36 hours after my operation, but it felt completely fine.

To describe the feeling, it felt like I constantly had something in my eye and this feeling lasted around five days, it wasn’t uncomfortable, just annoying. I had to put in three different lots of eye drops, four times a day for a week, each drop having to be put in five minutes after the one previous, I’ve put in eye drops before so wasn’t phased in the slightest.

Two weeks on I still have slight bruising on the white of my eye, but it’s noticeable at all. My eyesight is better than ever and although it’s weird that it doesn’t feel any different! I think it will be different when I go swimming, on a holiday, travel the world or to a festival over the summer, it’s already changed my life and I know that in the summer instead of having to put in contact lenses every morning at Glastonbury and have extremely tired eyes halfway through the day that it’s something I won’t have to struggle with.

I would highly recommend laser eye surgery as it’s so nice being able to see as soon as I wake up, I’ve only had them done two weeks and they’ll take months to fully heal, however, I am pleased with my results. I had read so much about what could go wrong and with many patients getting dry eyes, but I am lucky to say I’ve not experienced extreme dryness. It’s annoying that many people have perfect vision and don’t have to pay over £4,000 for the glasses free life, however I am so happy that I’ve had it done!

Are you thinking of having laser eye surgery? Let me know in the comments below!